Earlier this month, I was in Edinburgh to review Company Wayne MacGregor’s production, Autobiography, for Bachtrack. This post isn’t about that. Rather, it’s about an incident that took place earlier that day, where I, by chance, got the opportunity to meet my favourite living children’s author, Theresa Breslin, at the Edinburgh International Book Festival.

A little backstory. I’ve loved Theresa Breslin’s books since I was in primary school. I enjoyed the Dream Master series because it reminded me of E. Nesbit, Enid Blyton and Edgar Eager. Her book Remembrance taught me about pacifism during the First World War. I learned about how awful dyslexia was for children in the past from Whispers In the Graveyard. And, although Marcus Sedgewick is a writer I also enjoy, I’m still slightly disappointed that the Booktrust Teenage Prize opted for his book, My Swordhand Is Singing, over Breslin’s The Medici Seal…

(although, at least the Booktrust had the decency to choose a more than halfway decent book as its winner, unlike SOME competitions I could name *cough*Carnegie*cough*…seriously, Just In Case was the actual worst.)

My point is I’ve been a Theresa Breslin fan for a while, so when, a couple of years ago, I saw that she was signing books at the Edinburgh Book Festival on a day that I happened to be there, you’d have thought I’d jump at the opportunity to meet her and get a book signed. And, I almost did, I swear… but I chickened out. It felt too weird for a 20-odd year old to be standing in line alongside a bunch of kids to get a book signed by a children’s author.

And then I forever felt bad about not having met Theresa Breslin when I had the chance. I was even lamenting about it to one of my work colleagues less than a month ago.

But then, earlier this month, I was in Edinburgh for a Bachtrack review, and I had time to burn. So my best friend Calum and I went to the book festival, where Theresa Breslin, coincidentally, was signing books again. Would you hate me if I told you I almost chickened out a second time? I am, undoubtedly, my own worst enemy.

But I didn’t chicken out, because Calum was there and he convinced me to go through with it. I was still a little nervous, but I bought a copy of Spy for the Queen of Scots and waited in a fairly short line.

And, unsurprisingly, Theresa Breslin was super nice. She asked whether I’d been at the talk that she and Holly Webb had given earlier that day… which I hadn’t. I managed to babble something about just having seen she was signing books and that I’d really liked her when I was wee. I didn’t say that she was still one of my favourite authors and that the last time I read one of her books was this year. That would have been weird.

The meeting was a blur. She signed and dedicated the book to me, and then it was over. I was in a slight state of shock for about fifteen minutes after the signing and I kept asking Calum whether it had gone okay and checking I hadn’t made a fool of myself. I think it’s the most fan-girly I’ve ever been in my entire life. (Oh my gosh, what would happen if I, in some weird turn of unlikely events, were to meet Julie Andrews?! Would I faint? Or cry? Or cry and then faint?!)

All things considered, although I was nervous, it could have gone a lot worse. And now I have a book signed by Theresa Breslin, which I am extremely ecstatic about! I’ve even wrapped the book in some laminate casing to keep it nice. And it was an awesome extra add-on to a fun day out with my friend and then a not-so-fun dance show in the evening. And two out of three ain’t bad – I count that as a really good day!

Recently, my best friend and I saw Moscow City Ballet’s spectacular performance of Tchaikovsky’s Sleeping Beauty, at the Edinburgh Playhouse. The website I work for, Bachtrack, had asked me to write a review of the production – and I’m really pleased they did because it was a marvelous evening, packed with fairy tales and music. It also gave me the opportunity to visit my friend, which is always really fun.

The review, if you want to read it, is here. This article’s drawing is of the evil fairy, Carabosse, played by Kiril Kasatkin.

I wrote a dance review for the website Bachtrack. It’s about Ballet West’s production of Swan Lake at the MacRobert Arts Centre in Stirling. You can read it here.

In the meantime, because I wanted to make this more than a self-promotion link to a different website, enjoy this exclusive-to-here picture I drew of Natasha Watson, who plays Odette. 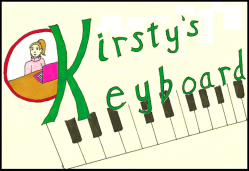